Ljungby Maskin is closely associated with Rune Andersson. In order to understand Ljungby Maskin one needs to know the story of this Entrepreneur and of the company with which he once embarked on his unique journey as a businessman. Already during his military service, Rune had gotten his eyes on wheel loaders. However, his dream, to produce this exciting product, was not to come true until 20 years later. First he was to take a detour through folklift trucks.
In 1960, Rune and his brother Holger started an Engineering Workshop on the family farm, a few miles outside Ljungby, in Sweden. In the beginning, the forklift trucks they produced were made from old lorries turned backwards and it was not until 1964 that the forklift trucks got specifically designed chassis. The first forklift truck came with Serial Number 21, so that its customer did not know that he had been sold the first one.
The ability to combine the best solutions from others with their own brilliant ideas was the main reason why the two brothers managed to produce such technically good machines. They were uncomplicated and rugged, built for the job and highly reliable – concepts that Rune brought along when he started to produce wheel loaders. The forklift trucks were reasonably priced and easy to sell.
In 1966, the brothers had outgrown the premises on the family farm and built a new factory in Ljungby. At the same time they named their company “Ljungbytruck”. The business began to expand substantially. In eight years, they went from 7 to 110 employees and the turnover was multiplied by 76. 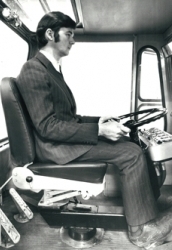 During the 60’s, continuous improvements were made on the machines. The development of cab ergonomics was already a priority, long before the work-environment debate got started in the 70’s. Ljungby Maskin inherited this focus on operator comfort and this is just one of the reasons why drivers so love our machines.
In 1975, the two brothers sold Ljungbytruck to Kalmar Industries. Rune and Holger worked for the new company, but resigned shortly thereafter to start new businesses of their own. Holger and younger brother Sture started a new forklift manufacturing company called Svetruck, which is still a flourishing business. Rune, on his side, developed a smaller fork lift model which was also sold to Kalmar Industries. He then devoted himself to the product that really absorbed him: the wheel loader.

Rune got to know this product and the market during his years as the Importer and Distributor of a brand of American Wheel Loaders. He was quick to note the strong points of these machines, but also their weaknesses. One big advantage was the unobstructed view through the loader arms, a design that Rune has defended throughout the years, regardless of what competition was doing. In 1983, he built the first wheel loader of his own design in a small workshop on his country estate near Ljungby. The dream that had stayed with him since his youth had finally come true.

The first model was called 1221. The first two digits in the model number stood for machine weight in tonnes and the last two for bucket volume. During the following years, two models: 1015 and 1526, were added to the product range. The loaders became very popular in the market and in 1986, the current 12,000 sqm plant was built.

In 1987, a larger model, the 2240, was added to the product range. Two years later, the 1221 became 1321 and the 1526 was upgraded to 1630. At the same time the 1118 was added to the line. In 1992, Ljungby Maskin introduced oil-cooled brakes and the windshield sections were glued, rather than mounted in a frame, thus providing far greater visibility over the work area. As a consequence, the models changed names to 1016, 1322 and 1631. The same year, the first L25 was built. ﻿
In 1995, the “L” range was introduced; where “L” stands for Ljungby and the number, for machine weight. The following year, the 1,000th machine was built. The next milestone was the introduction of the “Ergopower” gearbox, which much improved operator comfort. In 2002, Ljungby Maskin switched from Volvo to Deutz engines. That year, the L9, a model long-awaited by the market, was also introduced. In 2005, machine number 2,000 was sold. In 2008 Ljungby changed from Deutz to Mercedes engines. As a consequence of this, the cab was redesigned and visibility greatly improved. 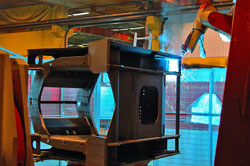 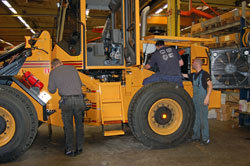 ﻿
After working with agents for many years, Ljungby started to sell through its own subsidiaries: first in the Netherlands in 1997, followed by Denmark in 2001. Turn-over has increased substantially over the years. Between 1998 and 2008, it more than doubled. However, headcount has remained stable, thanks to production rationalization. 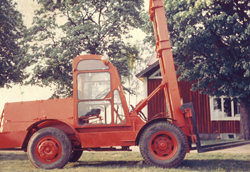 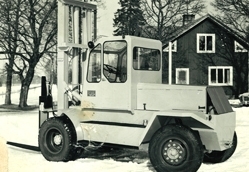 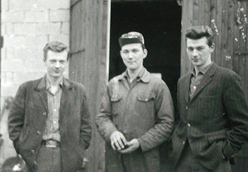 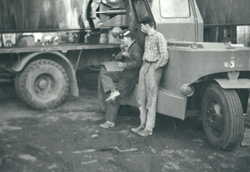 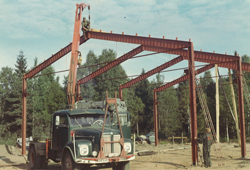 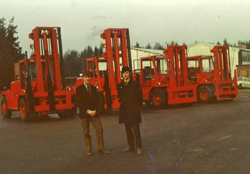 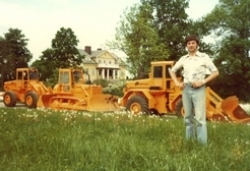 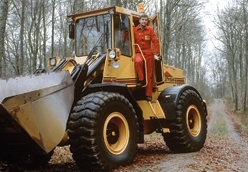 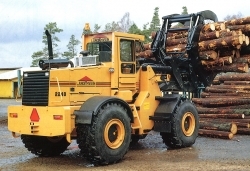 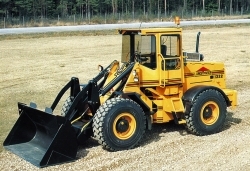 We use cookies on our site, by browsing, you approve this. Click here to close the box.